Geelong Arts Centre is absolutely ecstatic to welcome Melbourne Fringe Fest to Geelong for the second consecutive year from 20-22 October, and this time, we're taking it to Westend Geelong!

Tickets to shows are on sale now and anticipated to sell quickly. Get in quick!

Schedule In Your Fringe Fun

BUNDLE YOUR FRINGE FUN AND SAVE

Individual tickets are available, or bundle and save with our ‘Triple Threat’ multi-show package. 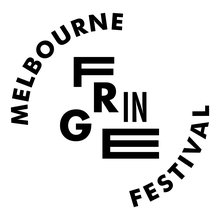